WOW!! Today has been an amazing day!

This post has been a long time coming (months!), but I've held off for a few reasons. Now, finally, I feel 100% ok to share everything with the world, which is a BIG deal. Of course I wish I really did have time to share everything, but I don't, and not everyone wants to hear the whole hard truth. So if you have questions let me know. I have become so PASSIONATE about health, food, and healing! Yes, I did say "healing"!! Because now with 100% confidence, after searching, medication, doctors, and diets I KNOW you can HEAL or in other words CURE epilepsy, autism, food allergies, skin conditions, digestive problems (diarrhea/constipation) and so many other diseases and "conditions" we have in our fast-paced world today.  Don't worry, I'm not trying to sell anything, and no one is paying me to write this. I'm just so ecstatic that I have to share our story! Hopefully it can help at least 1 person or 1 family on their journey to health. We are not completely there yet, but we are sure on our way!!!

Last year at this time we were nearly hopeless and didn't know what to do. Philippe had been having seizures for 2 1/2 years, he was in the less-than-1 (because apparently there is no "zero") percentile in nearly all areas of development. He seemed very absent and dazed, like he was never really "with us". He didn't sleep well, he threw tantrums several times daily, and even though he was allergic to eggs, nuts, and soy, he was completely OBSESSED with food: it dictated his entire life! It was almost like he was a drunk or an addict! He had diarrhea as well as terrible eczema and a-topic dermatitis his entire life (basically he had extremely sensitive skin and always had rashes, red and white splotchy itchy patches all over his body).
We went to the Cleveland Clinic to get their suggestion on what to do. They officially diagnosed Philippe with Autism, which threw another thing on our already-overflowing plate. It wasn't until a few months later in October 2012 that they called to tell us their suggestion and said, I quote "Philippe's best chance at life would be to do surgery to remove 1/3 of his brain". Then after that they would keep him on daily medication and keep monitoring his EEG's for a minimum of 6 years. In the mean time if the surgery didn't change his seizures at all, or at least significantly, they would then do a follow-up surgery to remove the rest of that half of his brain. Then at that point if his seizures hadn't changed at all, there would be nothing else they could do, except try different medications until hopefully something helped. The upside is there was a chance Philippe's seizures might decrease or even stop altogether. The downside is there was a 100% guarantee he would literally have less of his brain! Which means half of his body would be weak, along with a whole slew of other issues for the rest of his life.
We did NOT take this decision lightly!!! After a lot of talking, struggling, and praying at first we decided just to wait and do nothing until after the holidays.
Well in December after MANY hospital visits (at least weekly, and a few times we were there nearly every day!) I complained on Facebook that my kids were getting sick ALL the time! A dear friend of mine asked if we had considered giving him Cod Liver Oil. Of course my reaction was "Ummm...  give him what??" But as I continued to ask her questions and look into it, I found out she was talking about The Gaps Protocol, which consists of Diet, regular detoxifying (or "cleansing" if you prefer), and chemical/toxin-free living. As a bonus, the founder Dr. Natasha Campbell-McBride is a Neurologist who was a Neurosurgeon for years (she has physically seen and operated on the human brain people!) but now she actually suggests NOT using surgery or medication as a means to control (they dont cure!) Epilepsy and Autism because when she become a mother her son had severe autism. So she went back to school and got another post-graduate degree in Human Nutrition and used the diet to cure her son (who is completely typically developing today! No sign he ever had health problems!!)

I became obsessed, and immersed myself every day into figuring this out... I read This Post, http://www.keeperofthehome.org/2010/02/the-gaps-diet-what-it-is-and-why-you-might-consider-doing-it.html and not to sound dramatic, but it changed my life!
It lead me to many more blogs, articles, and books about "Real Food". We started the diet, and for 13 days Philippe didn't have a single seizure! (His average was 1-3 per week, so zero in 13 days was excellent!)... Until we "cheated" on Christmas, and Philippe had a seizure when he woke up the next morning. But I wasn't defeated yet. We resumed the diet, and again no seizures... Until we "cheated" again on New Years Eve, and again the next morning Philippe had a seizure when he woke up. From Jan 1-12 we were in Orlando on a special vacation so Philippe could meet Mickey Mouse, his favorite thing in the whole world! We didn't do the diet on vacation, and Philippe had 3 seizures in 12 days. We resumed the diet the day we got home, and Philippe had no seizures for 3 weeks, until we again "cheated" one day, and again he had a seizure the next morning... Are you sensing a pattern here?? Maybe every single time it was a 'coincidence'... Or maybe there's actually something to it?

"INSANITY is doing the same thing over and over again, but expecting a different outcome"

So over the past 7 months I've been trying to figure out the diet, and change our lifestyle to a more healthy toxin-free way of living. It has NOT been easy. I haven't done everything right because I either didn't fully know or understand the diet and lifestyle, or because I was having a frustrated/stressful moment of defeat where it was easier to opt for a less-healthy yet more convenient option at the time.
I finally feel like I know what and how to do the GAPS protocol! I know how to make bone broth and meat stock, homemade yogurt, fermented veggies, and so on. So starting July 1 I decided to start over from stage 1 (only whole organic chicken and homemade broth all day every day), and boy the changes in Philippe have been dramatic and FANTASTIC!!! And we are not the only ones noticing!

We were just at a checkup for Philippe today and it could not have gone any better! Our pediatrician has been seeing Philippe for just under 2 years now. He's fully aware of his situation and his progress, or what used to be a lack there of. I am not joking or exaggerating when I say it was the norm for us to go see him at least weekly! But the past few months oh how that has changed!
We hadn't been for a few months (I think since April maybe?) until today. During the exam our doctor said "Hey his skin is completely clear! He doesn't have eczema. That's amazing!" I told him he doesn't have diarrhea anymore, and he said "That's awesome!" I also told him "And he can eat eggs just fine now too, he's not allergic at all anymore" to which he replied "Are you serious?!! That's amazing!! Remind me the name of what you're doing again?!" I told him it's the GAPS diet. I also told him Philippe can say 1 word now: "yeah"! He said "I just realized he hasn't thrown a single tantrum the whole time you've been here. He even let me examine him and didn't scream, cry, freak out, or try to bite at all. He didn't love it, but he tolerated it. He totally let me look in his ears and eyes. This is SO amazing. He's not even on any medication now. I can't believe it." But my favorite comment was at the very end he said "Candice, I really can't even believe this. I've seen a LOT of kids, and any other kid it literally takes 10 years to see this kind of progress. I am Floored! And beyond impressed! Just keep doing what you're doing. And let me know if there is anything I can do to help."

As a bonus here is a small video from therapy today. Today was the very FIRST day Joe set the egg or the bus on the table and asked him to give them to him. Philippe totally figured it out right away!! AND he also figured out the difference between the egg and the bus, and which one to hand to him! If you don't know Philippe very well I cannot begin to explain to you in words how AMAZING and COMPLETELY FANTASTIC this is!!!!! It is a miracle!

I LOVE my son SO much! I'm so grateful to be him mom! I also can't even begin to express my gratitude to Rachel for introducing me to our new life-changing diet and real pathway to health and healing! It is the BEST feeling in the world to watch Philippe change and learn right before my eyes! Our future is now looking so bright, filled with promise and hope.
Posted by Marcel at 4:43 PM 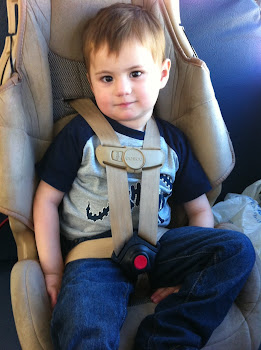 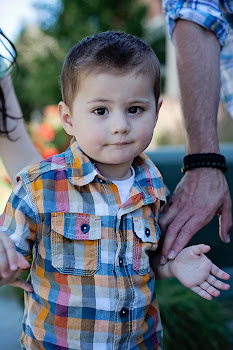 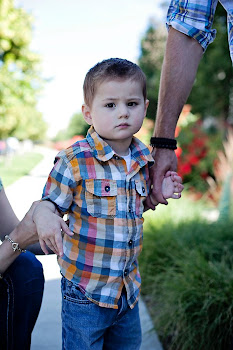 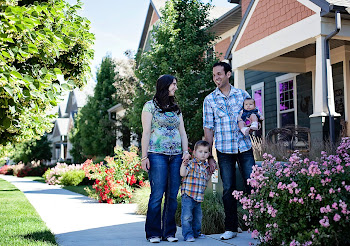